Alright, so last night it was the hotel bar, tonight I started there and then moved on to a place called Pub Dog in walking distance. I told myself, “just two beers and then I’m gone.” When I finally worked up the nerve enough to walk into the restaurant and sit by myself at the bar I discovered it was a buy 1 get a second beer free all the time type of place, so 12 beers later here we go with tonights drunken post. 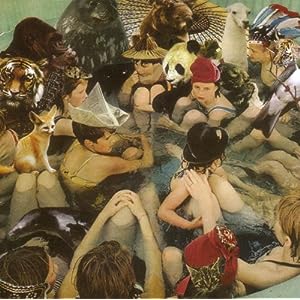 The perfect chill out album. Listening to this album sober isn’t terrible but it may end up boring you in a couple of places. Do me a favor: get pretty wrecked, get on the train, a good long train trip, have a nice pair of headphones with you, turn the volume up until you cannot hear anything of the outside world anymore, then turn it another three notches up, and listen to of Person Pitch. We’ll talk more after. 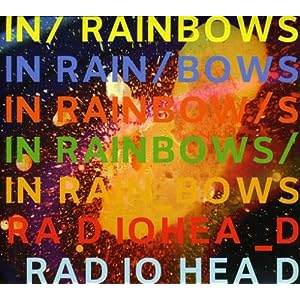 Sure Kid A ranked higher on my list of albums of the decade, but it wasn’t a list of best albums to get wasted to of the decade. Meadowlands would still rank pretty high. In Rainbows is an album I like to, much like with the previous entry on this list, listen with headphones one. Whatever your favorite pair of headphones are. The ones that you can put on and just be transported to a different world for a few minutes, until you have to open your eyes. In Rainbows seems to be built for close listening, it’s not a dinner music piece like earlier works, but more an eclectic work, full of minuet and robust electronics, sparked together with crafted guitar to create not just a rock album but something with a bit more feeling. Bringing it all together is the drums, as always, with Phil Selway making you realize just how rocking the album can be, in case you forgot what Radiohead was about. It’s not overly complicated, but that’s not what we’re looking for either. Jonny Greenwood I will always love your guitar work, but with out a drummer what are you? 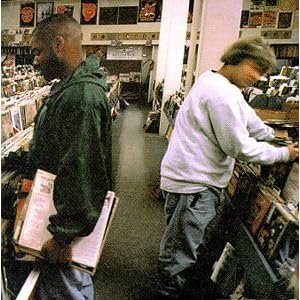 If you think you know what the whole electronic / DJ music scene is all about and you haven’t head Endtroducing… then you have no idea just how deep, complex, introspective, and down right personal it can be. Especially for those who dismiss it as “partial music” or who think it’s just “hitting the play button.” But you also have to be smart about it. Maybe at first you wouldn’t think the 43 second long Why Hip Hop Sucks in ’96 isn’t funny, but that’s not your fault either. From the rain to the tuneful scratches to the precise drum beats to the eery Twin Peaks sample ending, it’s an album you can fall right into, you don’t just live in a static weird universe, it’s not the same. Around every corner you are about to be taken to a different community, a different people living in each one, with their own beliefs and values. Something that at first might be weird and obtuse, but maybe it’s not about that. Maybe it’s just about being. 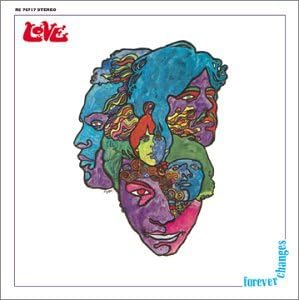 I can still vividly remember thinking it was a good idea, on September 15th 2001 (not to bring it up but to give an idea), to walk from where I was staying to what was known as the “Batman Building” in downtown Nashville, a good 3 miles away, at 3am, because. Just because. On the way there listening to Forever Changes, meeting kind hearted pimps, unfriendly hookers and extremely sensitive hustlers who wanted to shake your hand and tell you that the “world is coming together” and “we’re all one now, it’s a terrible thing that happened and there are strong people there” when you tell him your from New York when he asks. I also remember a hotel on West End Ave, right over the highway who had their sign that would normally read something like “We Have HBO” displaying “Forever Changes.” Everyone truly was of one mind. No matter the year, the music was always. And that is all. Was it all a fluke? Was Arthur Lee just a crazy man who got lucky? You may think so. It doesn’t change a thing. 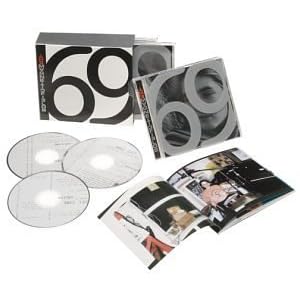 I’m not sure if my ranking on these is correct. As we move down the list towards number 1 the more wrecked you should be. Did you buy and finish a pack of Camel Wides in the last few hours and you’re not a smoker? Are you close to black out, the room is spinning, no matter what you do nothing will stop it? The velocity is increasing and your laughing about it even though you’re close to terrified? You are in bed with your garbage can in your arms just incase, and hopefully you actually picked up your garbage can? That’s when you put this on. Intelligent, soulful, minimal and extravagant, everything is here. From a simple voice to a heavily produced pop collage, there is something for everyone. Not BBQ music, if you’re wondering. At least not at any of the one’s I’ve tried. You’ll think about the past, you’ll think about the time you went wrong, you’ll realize the correct choice you made and you’ll second guess the same ones. It isn’t sad, but it’s coming from a real place and you’re glad it is. Sometimes it is just what you need. And you’ll forget about the room, and you’ll forget about the wrong choices, and maybe in the end everything won’t make sense, but at least you will realize that everything meant something, and maybe that’s enough. At least for one night.